The August 26 HPMS show and contest information has been updated on the HPMS blog page.  So far 5 positive replies have been received from vendors regarding attendance at our show, the actual number of tables that have been sold to these individuals was not mentioned.  The chapter has received payment for tables from two of the five individuals.
There will be flyers for our show going with an individual from HPMS to the IPMS show and contest in Louisville, Kentucky.  There will be an announcement of our show for 2017 placed in both Fine Scale Modeler and Scale Auto magazines with will be in the September issue that will be sent out in July.  The show announcement that will appear in the IPM S USA Journal  will need be coordinated with the IPMS regional coordinator no later the June, this has not been acted on yet.  Tom Clark said he will handle this.
Inventory of assets our show needed to operate has not been conducted.

The subject of 'Make and Take' was brought up as kits from an individual for this purpose was offered to the chapter. The function of 'Make and Take' was used by the chapter when the Christmas event as sponsored by Southerland Trains was held.  This event is no longer held as Southerland Trains is no longer in business.  The HPMS has conducted a 'Make and Take' at the Hamacon event for the past two years.  There was discussion as to whether the chapter obtained any tangible results from this endeavor and the general view seemed to be "no".  As far as participation in this years Hamacon, no decision was made, we would wait to see if the presenters of Hamacon contacted the chapter.

Tom Clark - Two items, a "Gorilla Mech" kit, the genesis being a future piece of hardware for the Marines; A spaceship from the game 'Homeworld'. This was done a 3D printer purchased by Tom.
Andy Brezinski - A box of 1/25th scale pick-up truck and van models done by Andy in the 1980s, some interesting vehicles among them.
Scott Jeffery - Two relatively new kits, a 1/32nd scale Italeri Mirage IIIC and a 1/48th scale Yak-28P Firebar by Bobcat. Scott also mentioned a 1/32nd scale F-104A, I believe he said by Italeri, and 1/48th scale World War I Spad XIII.   All these were Christmas gifts from his wife.
Dan Thompson - A Wolf Man Cane.  The headpiece is cast resin, the inspiration for the cane came from the 1941 'Wolf Man' movie. 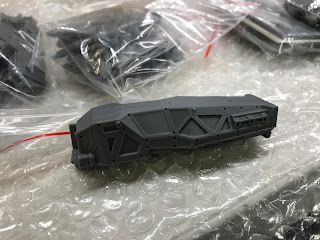 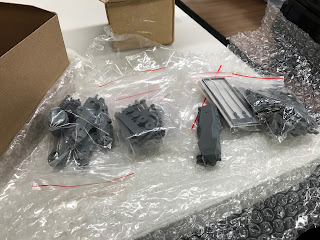 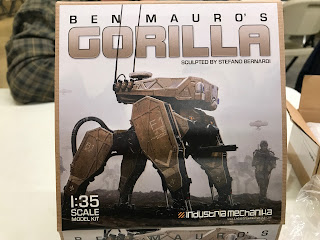 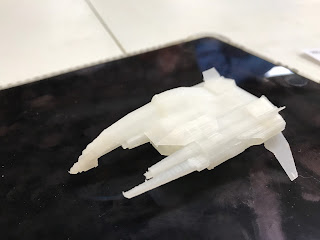 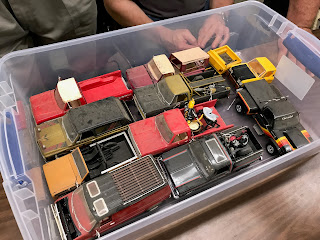 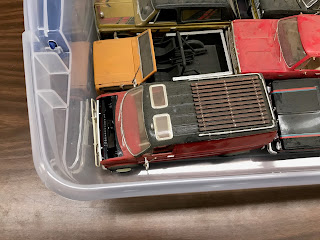 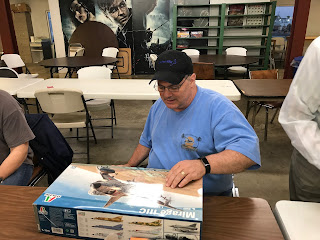 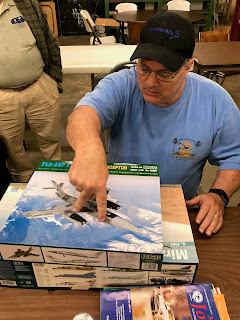 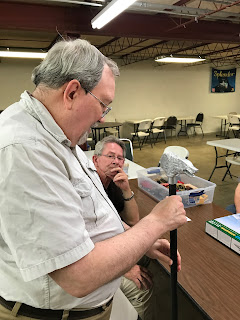 Posted by Huntsville Plastic Modelers at 8:19 PM No comments: