Meeting convened approximately 7:00 PM in the upper floor of The Deep. 14 members attending.

The club officers for the next year are:

The club is officially re-chartered for 2017. Tom Clark (as his final act as club secretary) thanked everybody who responded to his query about IPMS memberships as part of building the charter package for renewal. He also took the time to update the club roster.

After asking if the store will be open, it was decided to go ahead with the scheduled meeting on Monday, 2 January, which will be the club's annual swap meet and exchange.

The annual New Year's club dinner has not been scheduled yet, but the club voted to hold it at El Coyote. Details to follow as soon as we make them up.

Scott Jeffery brought a Classic Airframes Hudson model, and was looking for the instructions. Several club members made suggestions for possible places to find them online.

Dan Thompson brought a 1/700 scale HMAS Defiance model he is working on, with a scratchbuilt mast and modified deck guns. 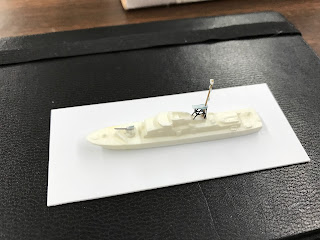 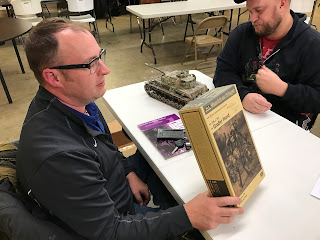 Will Thorson brought the latest chapter in his 1/16 Panzer IV H build, having added tracks to the front for added armor, including Sherman and T-34 links, and of course....more weathering. 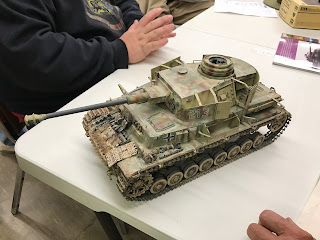 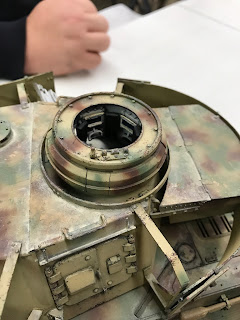 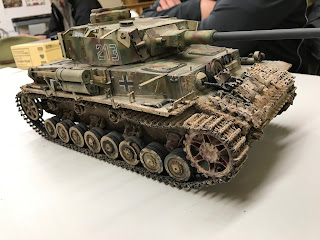 Tom Clark brought a sketchbook by Kow Yokoyama, which he hopes to find inspiration in, and big jar of powdered graphite, which he shared with the club members.

Martin Burkey brought the Monogram Mustang and P-40 he had planned to enter into the contest. He also had a collection of kits, including a Shapeways 3D printed Romulan Aelahl cruiser, a Revell 1/48 P-47B, Eduard Hawker Tempest and Bf109G9, a Kinetic F/A-18C, a Kittyhawk F8F-8 Cougar, and a Roden T-28. 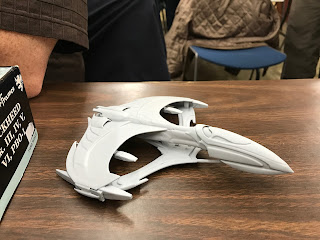 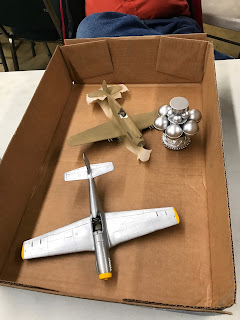 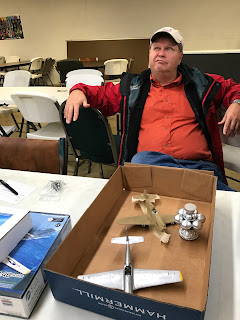 Ed Maslin brought in a kit of the Gravedigger monster truck and a convertible as built by his grandson. 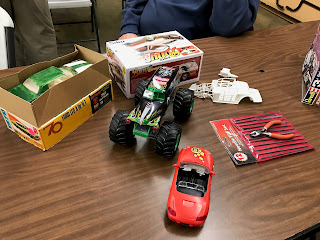 The November  HPMS meeting was called to order at 7:00 PM on 7 November with 14 people present.

Additional raisers are needed and it was decided to enough such that we would not need to require an outside source.  Ed said he would make them and it was agreed the club would reimburse him for cost of materials.  There was also discussion regarding proper installation of the raisers on the table legs with agreement that the raisers needed to be installed properly to insure a stable platform for model display.

The issue of relations between the chapter and vendors was discussed.  There were some ideas brought forth, but it was decided to table this discussion until early next year.

A motion was made to donate $100.00 to the Toys for Tots drive.  This action was approved by the attending personnel.

The chapter annual dinner was discussed.  The problems with the quality of service at the establishment where last years dinner was held at were mentioned and it was decided that new location be found for this years dinner.  Location and other details to follow.  The eatery El Coyote was suggested.

Nominations for the functionary posts within the chapter were discussed.  As it appears right now Ed will remain president and Dave will continue to function as treasure.  Tom Clark has stated he will not hold any office for this year and I have agreed to move into the secretary position.  The VP position is still in question as it is not known if our current VP will want to continue as VP.  Any voting on position will be accomplished at the December meeting.

Phil - 1/25th scale Pontiac, looked good but there was a good bit of work and problems.  1/24th scale Italaerei Freightliner FLD120, basically an out-of-the-box project, the frame painted and pretty much complete.

Ed - Showed results and explained how to make louvers for car models.

Eli - Displayed an award from the model contest and show held at Murfreesboro, a very nice medallion in a case, not sure what place the award was for.

Trevor - 1/35th scale Dragon German World War II Mark VI, Auf B tank.  The was built and painted based on pictures of a vehicle of this type that was captured and operated by American forces during the closing stages of World War II.

Dan - Aviation magazines and calendars that were free for the taking.
Posted by Huntsville Plastic Modelers at 8:07 PM No comments: