Meeting convened at The Deep on October 7

Tom Clark provided a breakdown of materials needed for the next contest:

Rick brought his "Calvin Meets Barney" diorama, and went over the construction process. The dinosaur was a Tamiya Tyrannosaurus, the saucer was a Lindbergh UFO, and Calvin was sculpted from scratch from Sculpey.

Eli had the remains of the last bequest to the club, for disposal to whomever wanted them.

Andy had an AMT van to be stretched that he intends to stretch, and some components from the custom cab for his Intergraph demonstration truck. In particular he explained how he had constructed the "tuck and roll" padding in the sleeping cab by sanding the edges of square styrene strip. 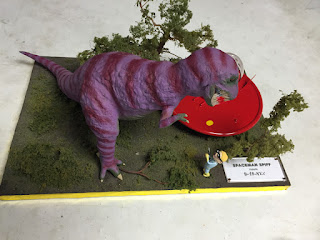 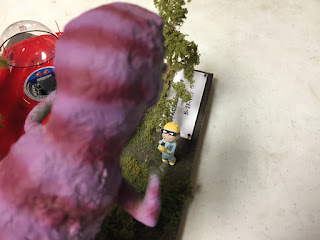 Posted by Huntsville Plastic Modelers at 4:28 PM No comments: