May Meeting Minutes for the Huntsville Plastic Modelers Society

Meeting convened at 7pm with 11 members attending. Meeting was chaired by His Veepness, Phil Cassibry.

Old Business:
Contest - Tom Clark discussed advertizing for the show. The deadline is coming up for advertising in the IPMS Journal, FineScale, and Scale Auto. The club voted to do an ad in one issue each. Tom will work on the quarter-page artwork for the IPMS Journal.

- Awards will be done by the same shop that did the awards last time. Tom will prepare the artwork.

-  The business license will be taken care of by Dave Lanteigne.

- Vendor coordinator duties will be shared between Scott Jeffries and Dave, with Phil assisting as necessary.  The club will use the Google phone and email as established on the website for vendor communication.

- Tom will take care of posting contest information on the FineScale and Scale Auto websites.

- There was further discussion regarding having food trucks at the contest. Tom has made contact with one of the operators, and will be contacting them.

New Business:
- There has been an official request for the club to support Hama-con (26-28 June 2015) with a make-and-take, and possibly a club table. Details will be finalized at the next club meeting in June.

- Anniston show report. Ed Kiker and Eli Geher were there, and reported a lighter-than-usual turn-out for both models and vendors. Ed reported taking two 1st place and one 3rd place awards.

Andy Brezinski had the next stage of his Intergraph Enhanced 911 demo truck - looking good! Andy discussed how he had used his vacuuformer to generate new wheel hubs for the tractor and trailer.

Eli had a paper model of the CSS Huntsville that he had made for the museum.

Clay Williams brought a Warhammer 40K Waveserpent grav-tank that he is building as a commission for a customer. He reports that the commission business is doing quite well, thank you.

Mike Mueller had a resin P-40 nose to update a kit he had. 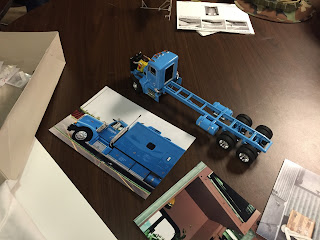 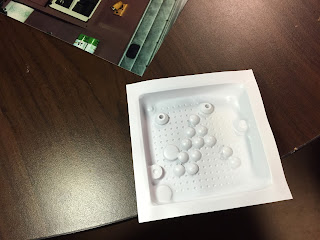 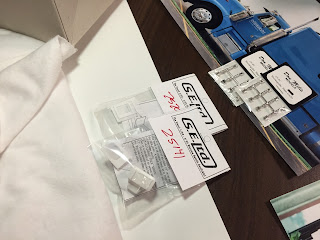 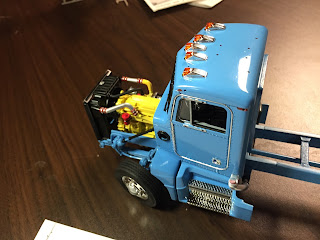 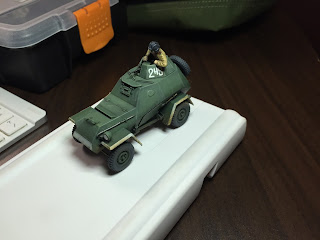 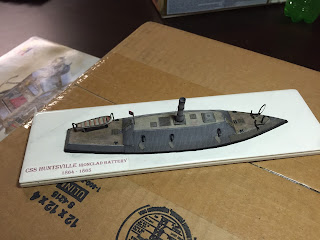 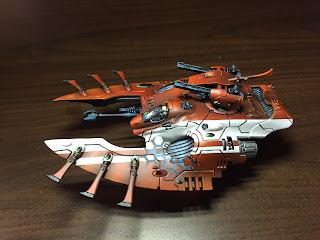 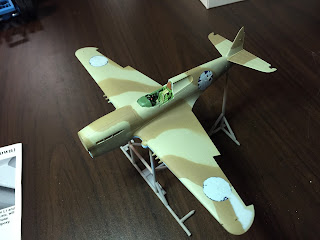 Posted by Huntsville Plastic Modelers at 9:09 PM No comments: