Some flyers I found at Chattanooga last week: 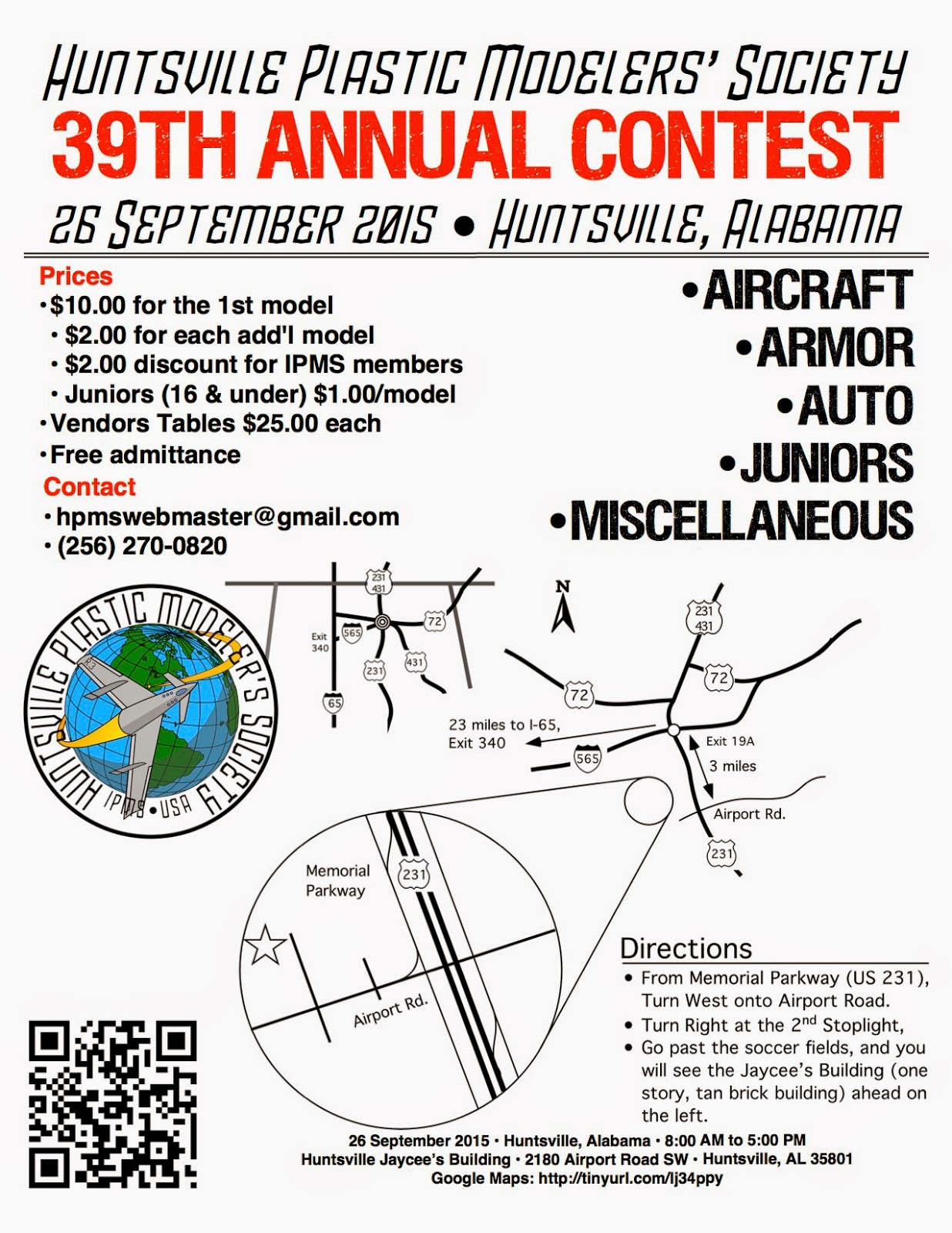 Posted by Huntsville Plastic Modelers at 6:28 AM No comments:

The meeting was called to order at 7:01 P.M. with 11 members present.
Dave Lanteigne mentioned that a final decision had been made regarding the Vice President duties and the he and Scott Jeffries divide them for the foreseeable future.
Old Business
None
New Business
The date for the 2015 Show and Contest is set for 26 September, 2015.  We were not able to obtain the first weekend in October as that was already spoken for.  Dave stated documentation for the use of the Jaycees Building had been given to them with other applicable documentation pending.  The possible absence of people from the Memphis Tennessee area was mentioned as there is a show and contest taking place in Arkansas on the same day;
The cache of models that were given to the chapter have been inventoried and their condition determined.  Basically, kits that were not in the construction phase, partially built, parts removed from the trees, and with partial paint work would be used in the show raffle.  This also includes three air brush kits still their boxes.  The remainder of the kits would be available to the chapter members with an appreciated donation to the chapter.  A motion was presented regarding this decision, the option was seconded, and passed.
There is still some website work to be done on the new website so continue to use the Yahoo groups for E-mails.
The subject of participation in Hamacon 2015 was mentioned, the set-up and criteria would be the same as 2014.  There was discussion regarding what the chapter got out of participation in the 2014 Homocon with the final conclusion being that we did have visibility and that an organization of and for plastic modelers exists.  There was no final decision made on the matter.
Show and Tell
ANDY - The extended frame for his 1/24th scale truck was looking good, painted.  This the one he had the make additional frame members for.
ED - Displayed three Chevy Corvette models in different scales but all were painted the same color, a sort of maroon.  One was 1/16th scale, formally an R.C. car that he had gutted and reworked.  The other was Hot Wheels car, about 1/64th scale, that had been yellow and black, and the third was a 1/24th scale Corvette.  Ed also answered a question regarding the finish and he answered that he used a mix of 60% thinner and 40% clear gloss to seal the finish.
MARK -  Displayed a 1/48th scale P-47N conversion that is nearly completed, looks quite good.  He added extra  detail to the engine with excellent results.  He also had a model of a Redstone missile, not sure of the scale,  that is going into a flag case for his father.
MARTIN - Brought in several kits, a 1/48th scale Academy F-4J Phantom, a resin kit of a Klingon 'Bird of Prey' that was designed for the 'Star Trek series but was never used, the design is by a Pierre Drolet .  He also had a 1/72nd scale MPC Eagle Transporter, Deluxe Edition that was from the TV si-fi show "Space 1999".  And last a 1/144th scale 'The Dragonfly' from the Jonny Quest si-fi show.  The kit is from Moebius.

Posted by Huntsville Plastic Modelers at 8:02 PM No comments:

So a small contingent of the club membership made the trek up to Chattanooga to participate.

Overall opinion was the show went pretty well. They reported 400+ models by 104 entrants.

My photo gallery!
Posted by Huntsville Plastic Modelers at 7:59 PM No comments:

From the Mad Model Party this January at The Deep!

Plastic was glued, blood was spilled, things were said, feelings were hurt....

All in all, a good night. 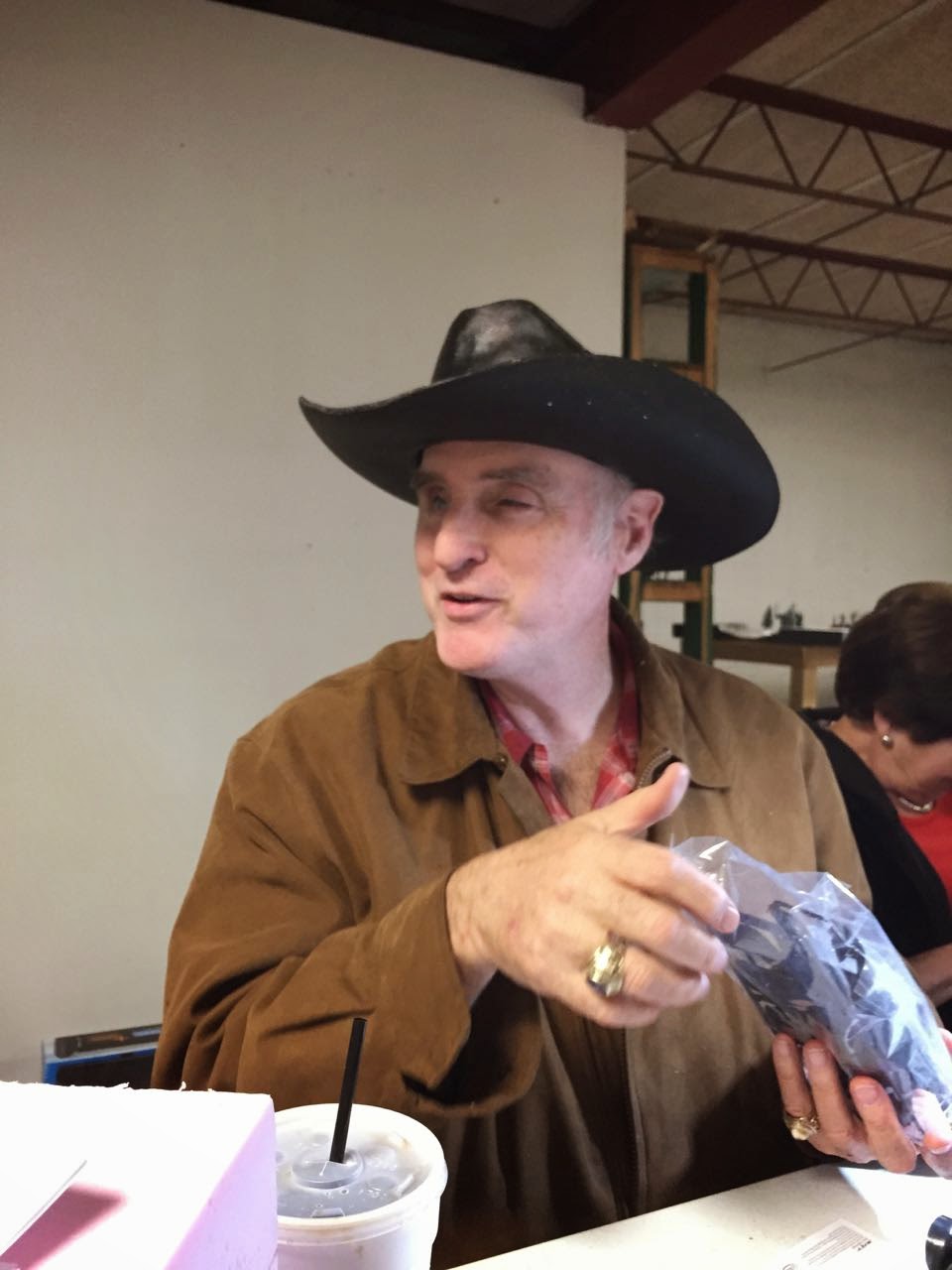 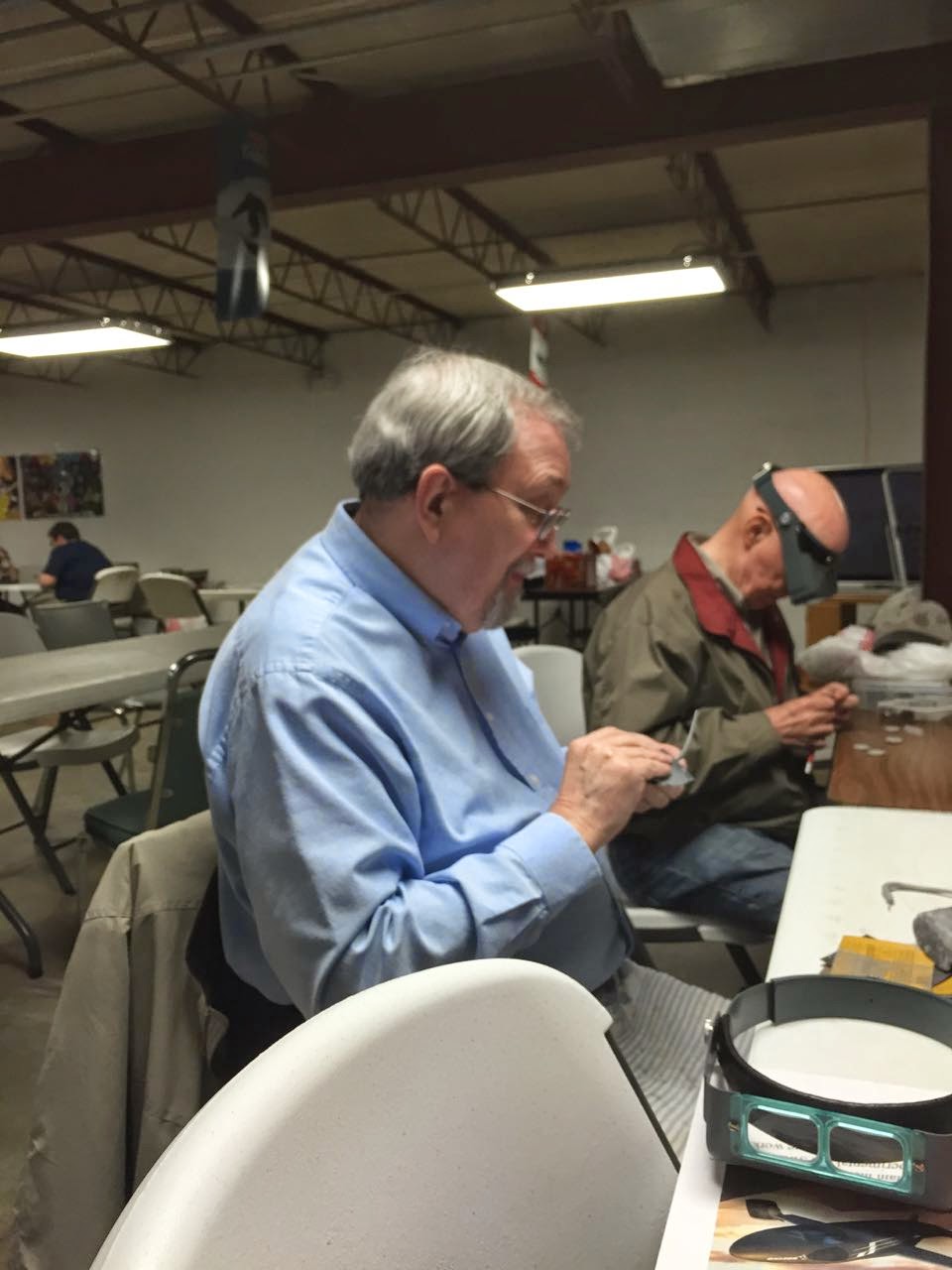 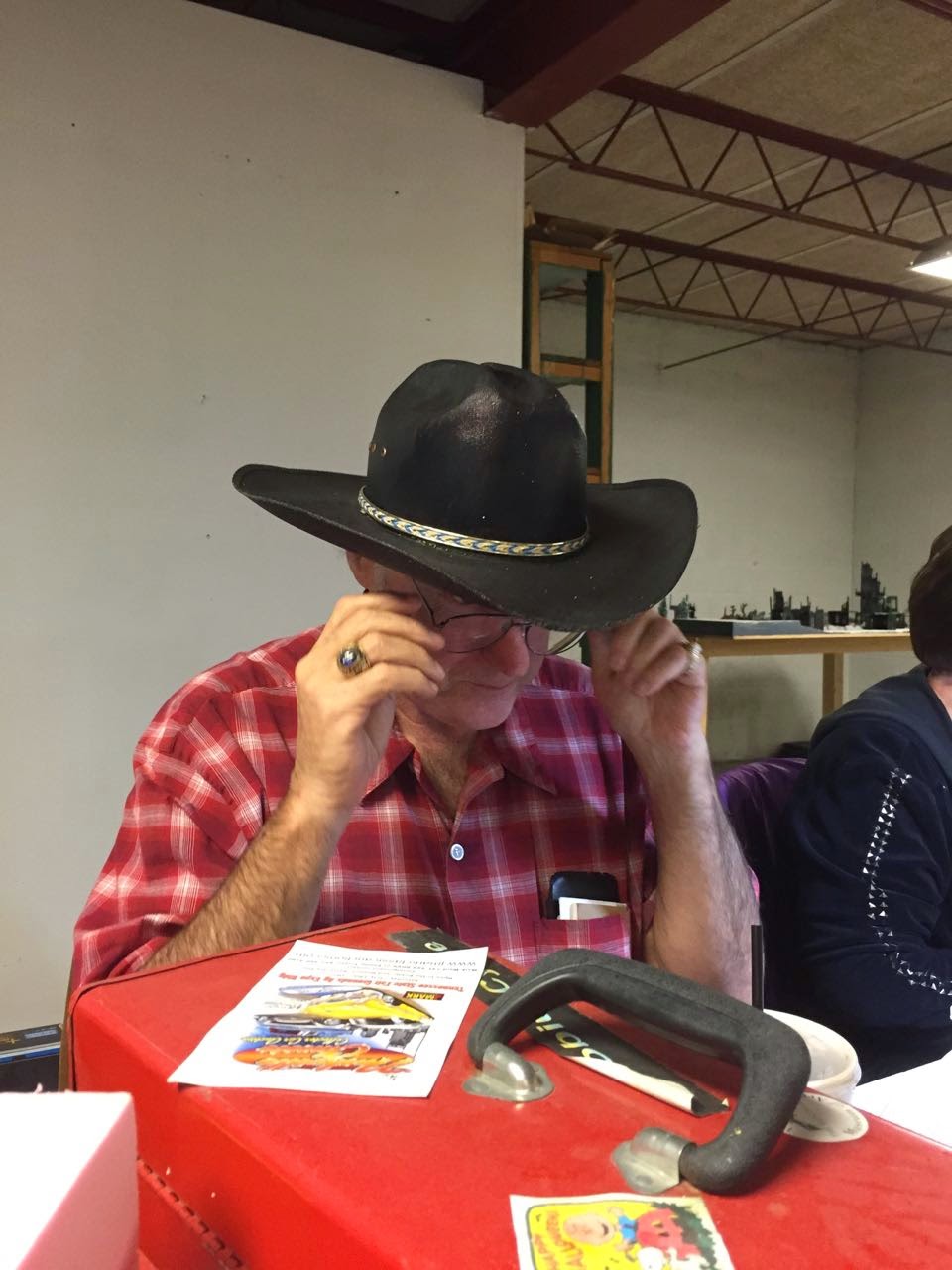 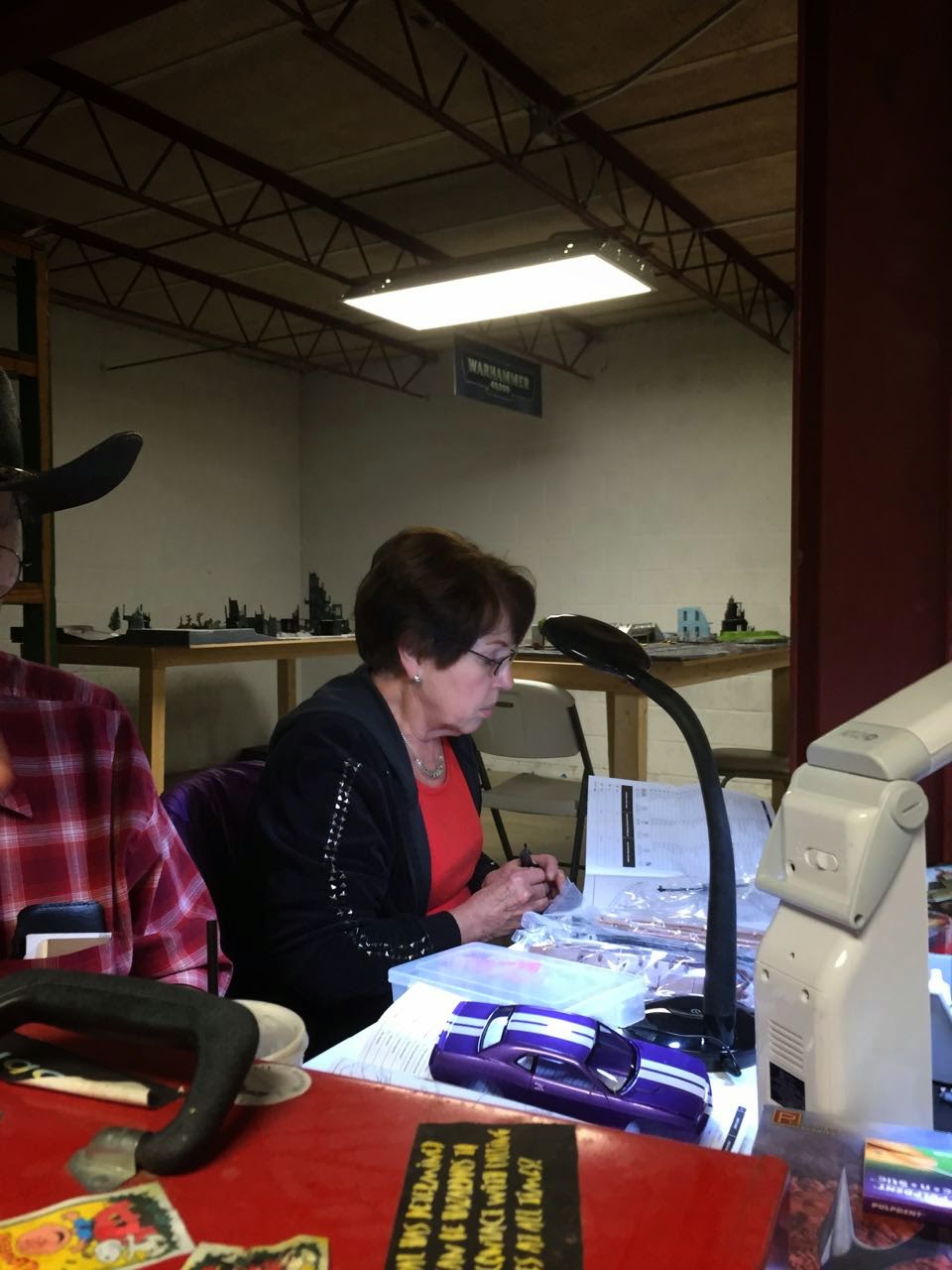 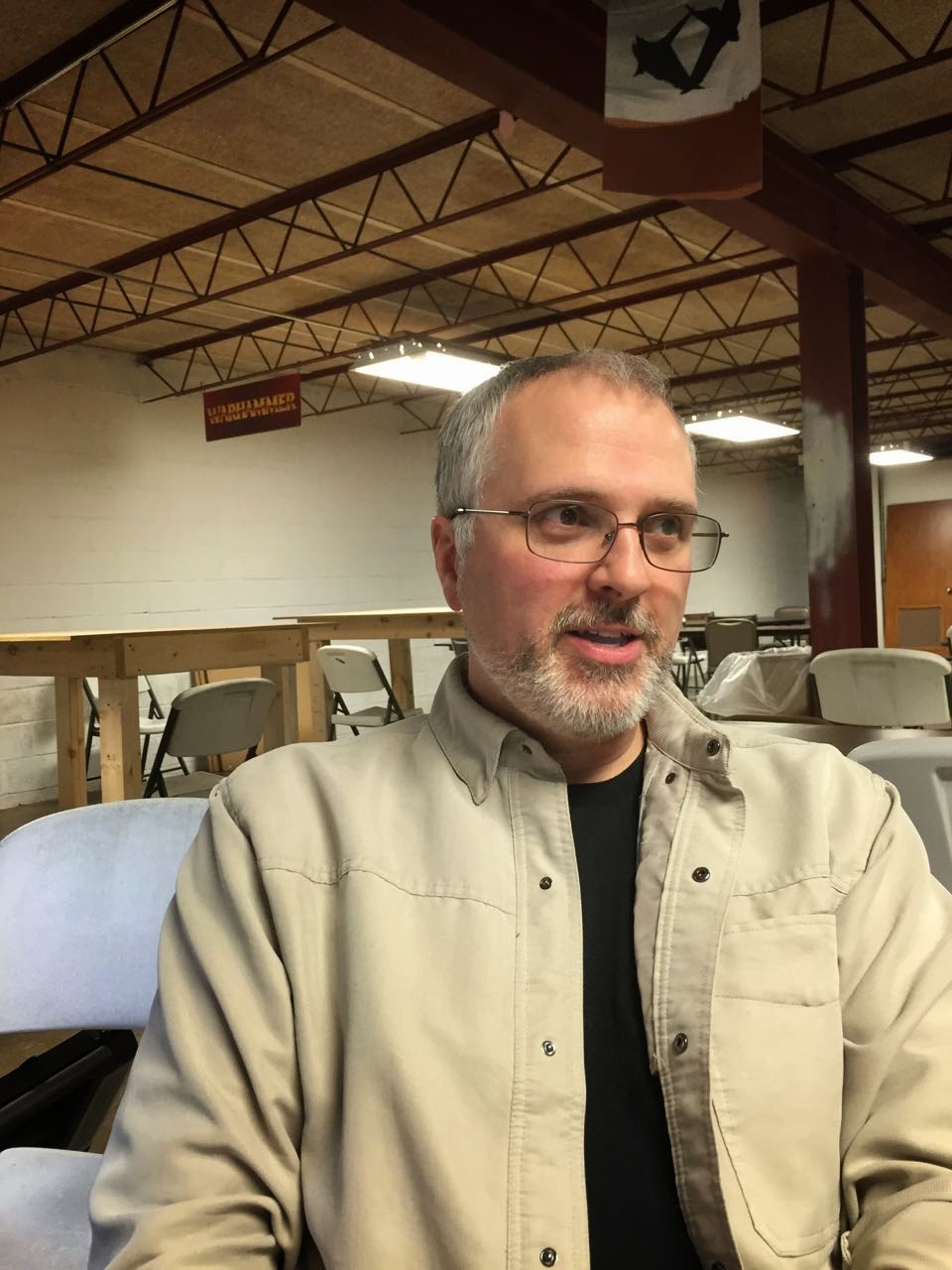 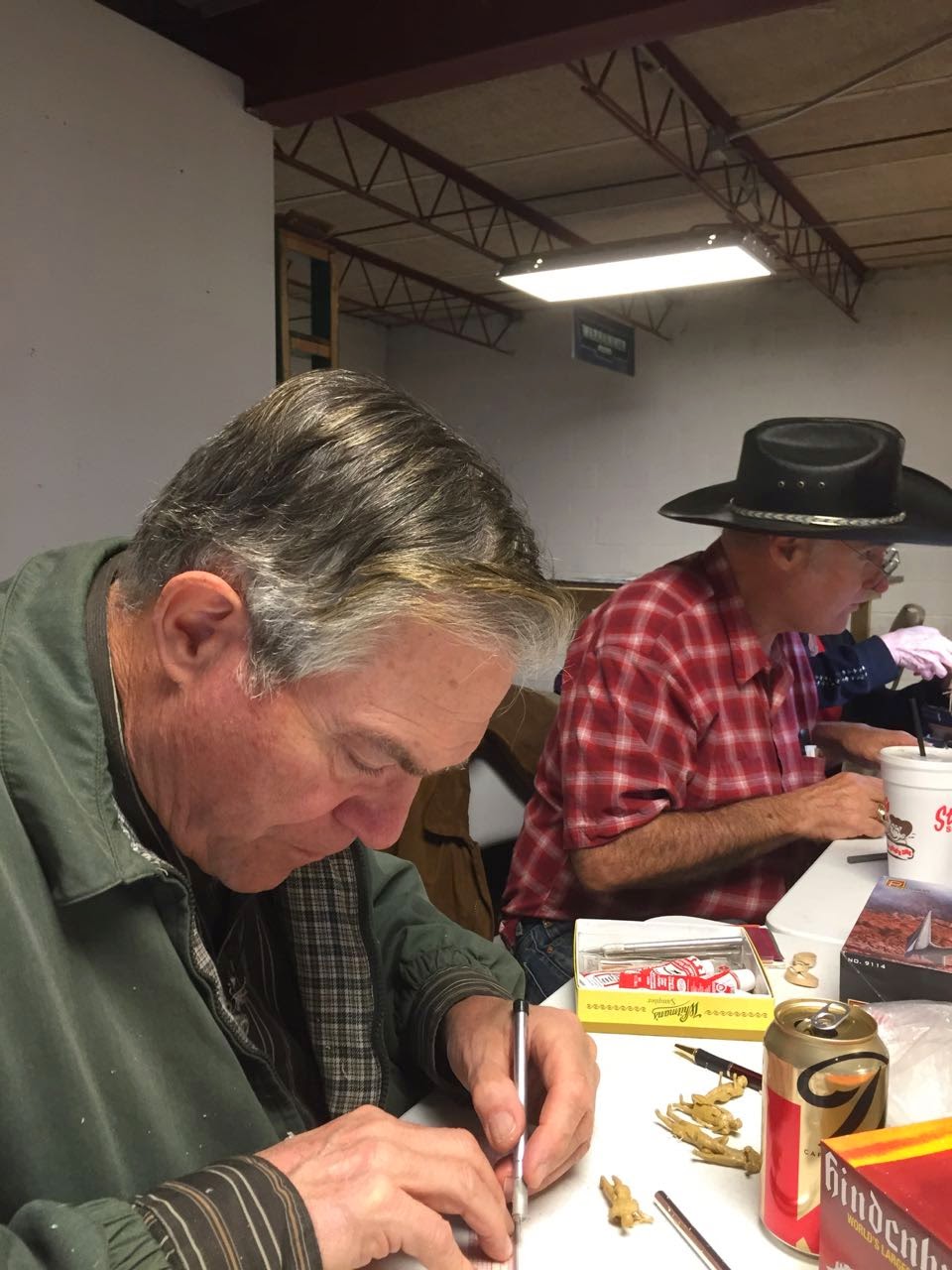 Posted by Huntsville Plastic Modelers at 7:35 PM No comments: 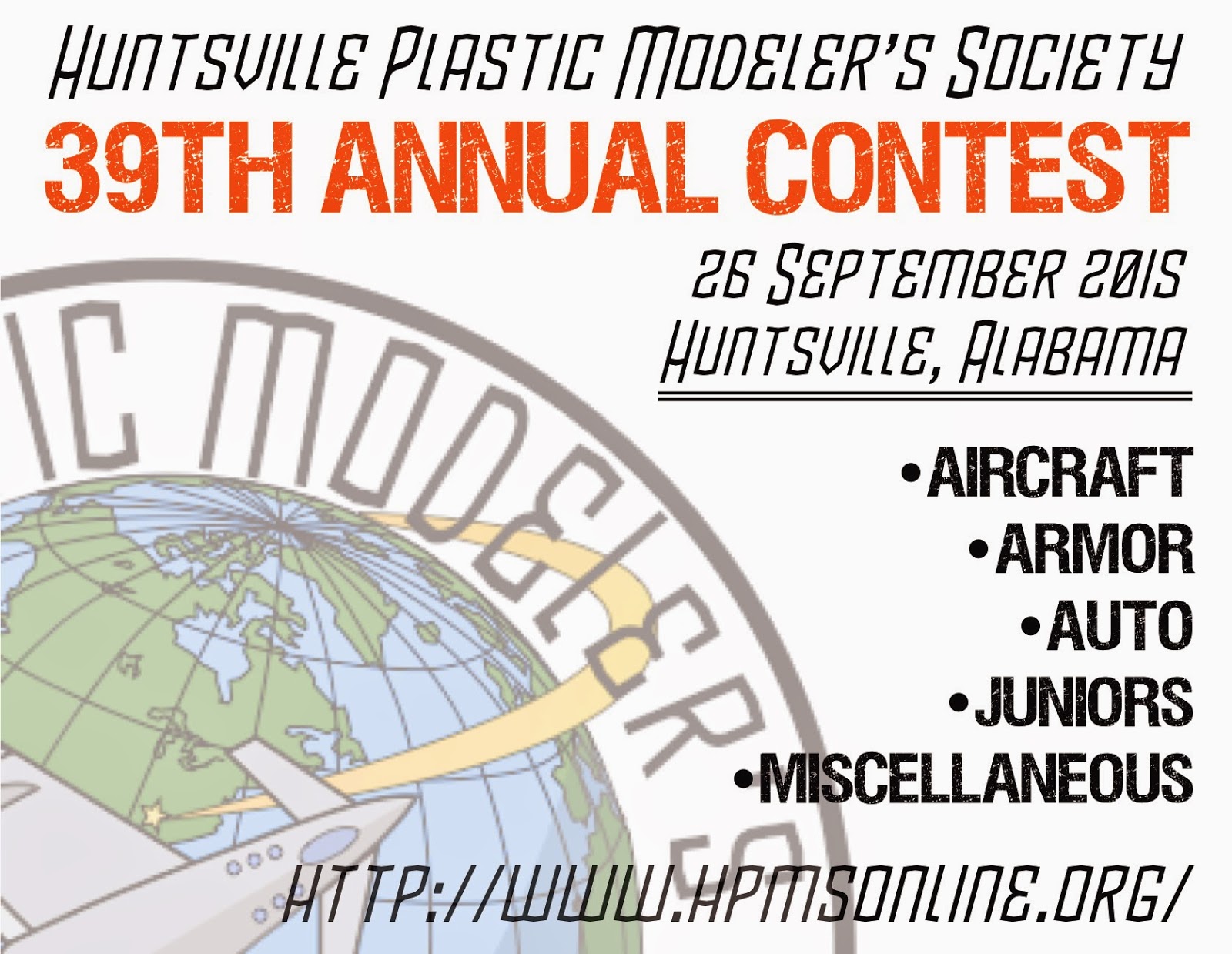 Posted by Huntsville Plastic Modelers at 7:21 PM No comments: