The search for a different meeting venue is still open.  The Campus 805 site was discussed.  Also the Madison City Hall was mentioned but the distance for some members could be a problem.  Now, the HPMS did meet at this location for a short period of time a number of years ago.  Huntsville Public Library was also brought forward forward.  Should we decide to use this facility we may have to change our meeting date to Tuesday.  I was a member of an organization that held meetings at the library, but I cannot remember the size of the room.  At this point the search continues.

The allocation of $500.00 to a charity is still being pursued.

The members of HPMS now have been informed, via the E-mails, that we will not be able to conduct our 2020 show and contest at the JC building.  We have been offered the use of the gyms at the old Grissom High School.  A site survey was conducted by Dave Lanteigne and Skip Hassler, they took photos of the gym, and posted them via E-mail.  We have the use of both gyms and as of this meeting we had not put down any money and still had the option to decline.  Dave and Skip were told that the cost of this venue would be equal to or less then the fee for use of the JC building.  They were also told that tables and chairs would be provided.  Would these tables and chairs be moved from the JC building or are these assets already at the gyms?  Also should the tables and chairs be already at the gym site, what is the condition of these assets?  Are they usable?  Models dropping to the floor would not be a pretty sight. After discussion the decision was to firm up the August show dates and pay the fee for the use of the gyms.  The decisions regarding table layout and which gym will be used for model display and vendors will be made as the show date approaches.

Dave Lanteigne has received notice that the HPMS charter with IPMS National has officially been renewed.

The business license for our 2020 show and contest has been obtained.

The Anniston model show and contest is 28 March.  The weekend of 21 thru 23 February has a figure show in Atlanta. 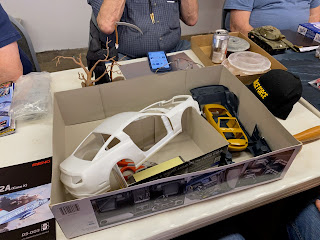 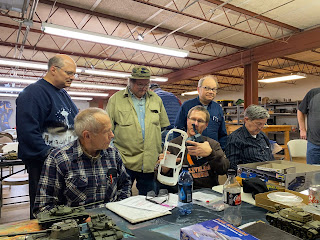 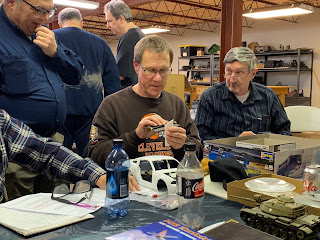 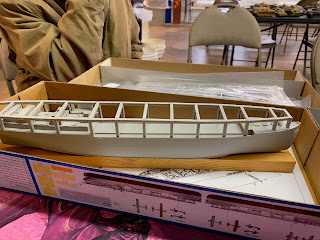 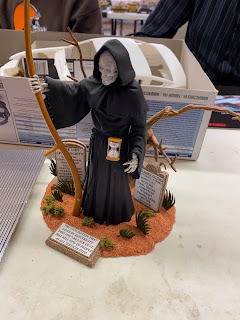 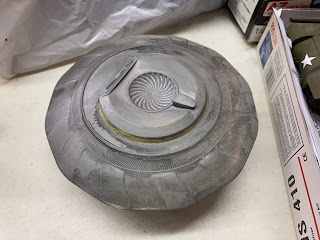 Ed Kiker - Grim Reaper.  Represents effects of electromagnetic pulse on electric grid, collapse of society.  The figure is about 1/16th scale and cast material. Also had some "flying saucers" made from cheap party dinnerware. 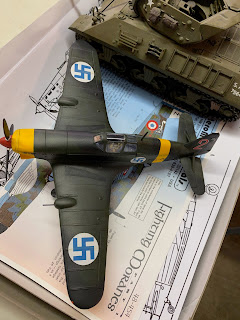 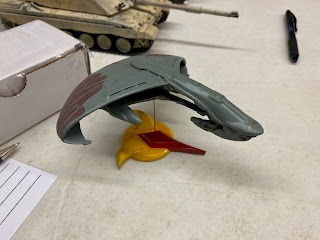 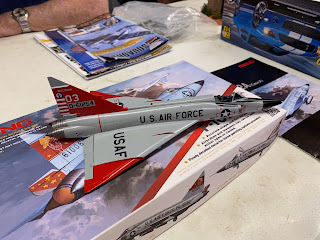 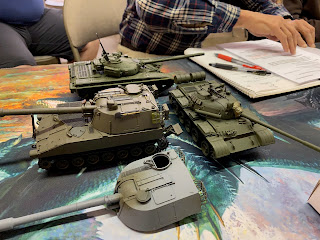 Ray Bushnell - 1/35th scale Dragon Russian T-72M2 medium tank.  This model was about three quarters built and into veterans museum as part of a stash that a retiring Army officer had.  Had to do major work on the drive sprockets so I could use the metal tracks.  1/35th scale Tamiya T-55A.  This was close to being completed by somebody else.  As luck would have it the individual appeared to be a good model builder as there was not a lot of clean-up work to be done.  Tracks need to put on, not sure about weathering, and the tow cables and spare track shoes need to be added. 1/35th scale Italeri M-109A1 SP 155MM Howitzer with late production turret.  This model was put together from parts of a couple M-109 kits and an M-109A6 hull.  At the time I was attempting to model an M-109A2.  AFV Club now has a 1/35th scale model of the M-109A2. 1/35th scale M-109A1 turret early production, work in progress.  A bit of a note here.  All of the Italeri M-109 variants and the M-108 kit are either missing parts that were on the real vehicles or have parts on them that were removed from later variants of the M-109.
Posted by Huntsville Plastic Modelers at 7:31 PM